The Shopping Cart is a weapon in Dead Rising 2. 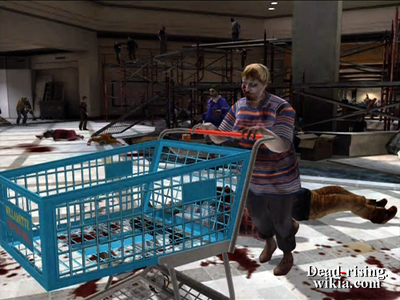 Shopping carts are often pushed by a fat zombie woman in pink, or a fat woman zombie who has a bandage over her eye and looks like dead survivor Kathy Peterson. Like the zombie man pushing the large propane tank, these zombies are unable to attack any of the survivors, but may push towards Frank and block his way.

These zombie pushed carts can be found in several locations in Willamette Parkview Mall, particularly:

Picking up the cart[]

The Weapon cart and shopping cart can be picked up three ways:

Frank West can kick the cart by pressing

while he is pushing or holding onto the cart. 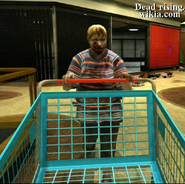 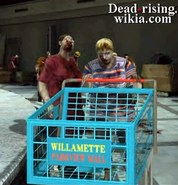 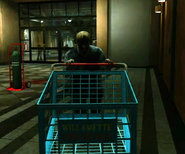