The Rat Stick is a weapon in Dead Rising. Unlike the Toy Laser Sword, when a zombie is beat with a Rat Stick, it does not fall down. It is one of the weakest weapons in the game when used as a melee weapon. It is extremely lethal as a throwing weapon, killing every zombie, including the strongest cop zombie, when thrown. Similar to a push broom and lead pipe, when thrown this toy is impaled in the zombie for two to three seconds and temporarily pushes back the zombie. In those few seconds the zombie can still attack. The zombie then collapses dead, giving Frank a 30 prestige point bonus. This toy lasts 20 times thrown also. 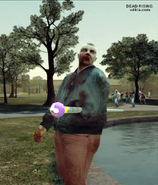 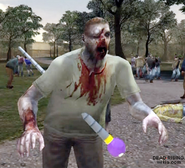 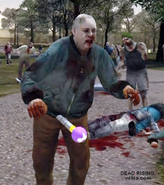 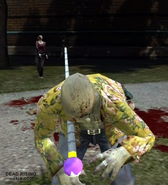 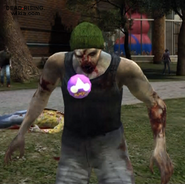