Dead Rising has some impressive game physics, making the player feel immersed in a zombie apocalypse, but occasionally the game shows unrealistic behavior.

Also included on this page are the mistakes of the official guide.

In addition to survivors not following Frank, survivors will often get stuck at the base of the vent to the security room.

Shovel after it is thrown.

Coffee Creamer lodged into the floor.

Dead man not falling off scaffolding

Very often the shadows of zombies above Frank will appear through solid floors. 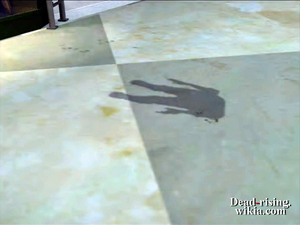 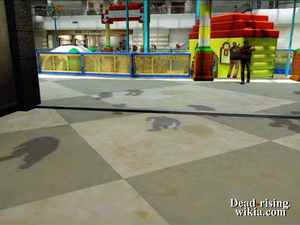 Zombies often move through solid walls. This happens most often when the zombie is killed. Parts of their body will lie inside a wall. 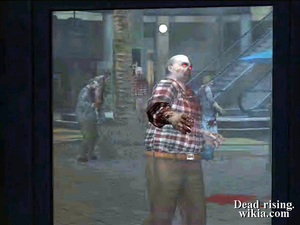 Zombie putting his hand through a window 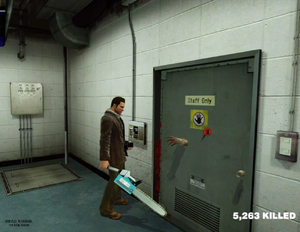 Although Frank and Special Forces soldiers move on the escalator, zombies, zombie carcasses, and items do not. 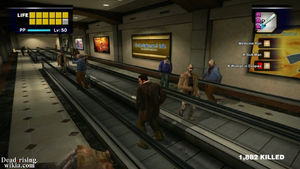 Zombies, standing still, do not move on a moving escalator. 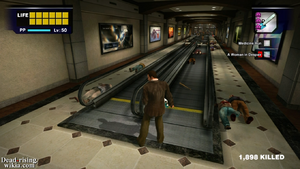 Items and dead bodies remain in the same place on the moving escalator. 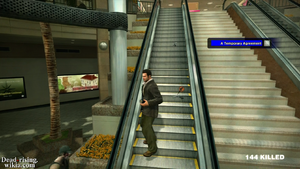 Handguns on the escalator stairs do not move. 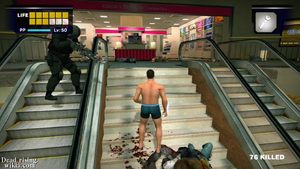 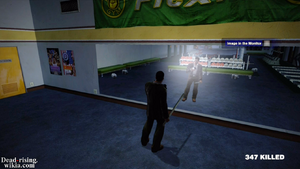 Not a bug, but an unnatural event, at night Frank has a glow which is unaccounted for. 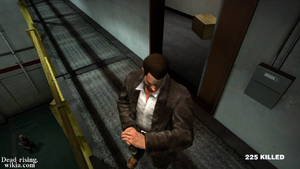 When Frank is idle, he checks his watch, which he cannot actually see. 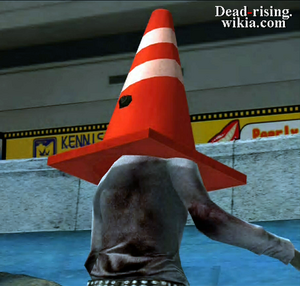 Rarely a pylon put on a zombie has a black circle on the pylon. After the zombie dies, the black dot disappears. 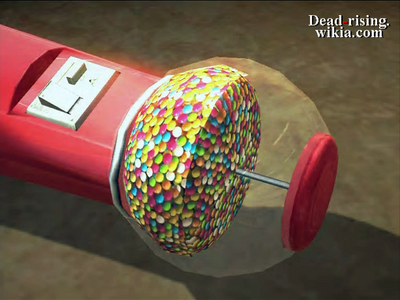 The Gumball Machine's gumballs always stay in the same place, not moving when the gumball machine is tipped over.

Frank can push Ryan LaRosa away from the door so that his hand is not on the glass anymore, but it is still up.

When running to get a handgun for Ross in Lovers, walking back, outside the store, the dialogue began again.

Frank received a call from Otis about Long Haired Punk at Day 3, 5:00 pm, when the scoop expires. After the call, the scoop never actually appeared.

In A Strange Group Cheryl can be killed with one hit from the cardboard box in the Movie Warehouse. 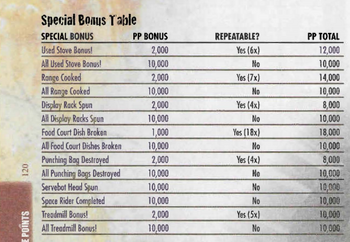